Heroes of The Harlem Renaissance 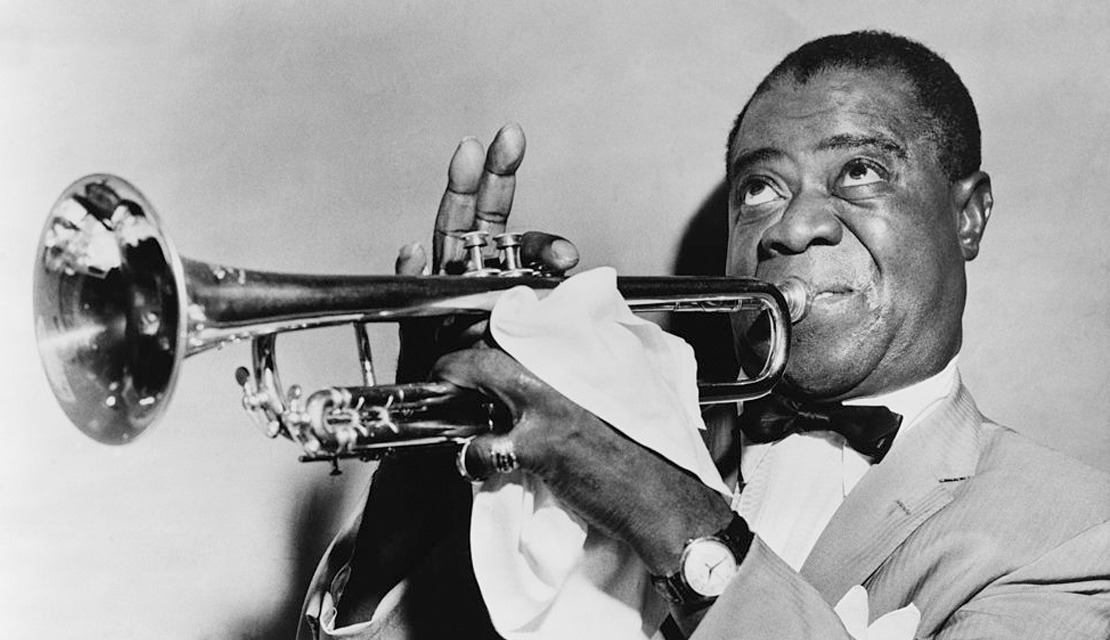 The Harlem Renaissance was a movement in which the intellectual, philosophical, musical, artistic, and written talents of African Americans (particularly in the neighborhood of Harlem)
stole the stage in the 1920s. It contributed to the birth of The Jazz Age and laid the foundation for the emergence of the African American middle class. It was a time of pure art and talent. Here are the Harlem heroes that made waves during The Harlem Renaissance…

Perhaps one of the most famous figures during the movement, Louis Armstrong had his finger on the pulse of The Harlem Renaissance: Jazz. An incredibly talented musician, he became beloved and iconified as one of the most amazing jazz musicians in history. He was the first great jazz soloist, carrying sounds that reverberated throughout the entire jazz age. But, he was also a great vocalist and implemented scatting into his performances. His career as a musician, and also an actor, began in the 1920s but lasted for an amazing 5 decades after. His stage presence was, and likely still is, unmatched and his massive influence over jazz itself is indisputable.

Famous for her fashion, talent, and sex appeal, Josephine Baker became a huge inspiration for African American women during The Harlem Renaissance. Though primarily based in Paris during The Harlem Renaissance, she was an iconic international superstar who mesmerized audiences with her sexual dance moves, making her the first black woman to achieve international superstardom. She was also the first black woman to star in a major motion picture, Siren of The Tropics. Desired by black and white audiences alike, Josephine Baker refused to perform at segregated venues.

Langston Hughes is arguably the most notable hero of The Harlem Renaissance. A masterful poet, Hughes wrote from his heart and his history with Harlem itself. His impact was enormous as he barreled through boundaries and invented poetic stylings that people are still moved by today. His poetic style mirrored jazz in tempo, breaks, unpredictability, and passion. It was innovative and unheard of, but empowering and a true representation of African American art. He aimed at exposing the realities, humanity, and truth of the African American middle class during The Harlem Renaissance. He is known as The Poet Laureate of Harlem.

Duke Ellington was one of the greatest musical contributors to Jazz during The Harlem Renaissance and beyond. He became one of the original creators of orchestral jazz, which became a particular favorite among white patrons of Harlem speakeasies and jazz clubs. His orchestra is the most famous in jazz’s history, and it’s something that Duke Ellington remained a part of until his final days on earth. He is known as the world’s greatest jazz composer, performing in countless venues. Most notably, and perhaps most famously during The Harlem Renaissance, he played at the white-only Cotton Club in Harlem.

Known as The First Lady of Jazz, Ella Fitzgerald’s voice became a staple in Harlem during the time of The Harlem Renaissance. Bountiful with soul, passion, and talent, she was a crowd favorite. She would sing beautiful ballads and intermittently add jazz scatting and improvisations, making her performances truly one of a kind. Eventually, scatting shined as her most brilliant talent, and she remains a huge influence in rhythmic vocalization in popular music. She had a rumored astounding 2.5 octave range, which rivals even some of the world’s greatest vocalists.

The Harlem Renaissance was a fantastic time for music, but it was also a profound time for visual artists. AAron Douglas was one of those artists, a painter, who created works of art that centered around themes of African American culture. What began as landscape paintings moved into a space that was more abstract, powerful, colorful, and with deeply strong statements. He was a talented muralist and decorated the streets with history lessons in the form of modern art. Eventually, he became the illustrator for the NAACP’s official magazine titled The Crisis , where his work was displayed and celebrated. His style contributed to art beyond his African American roots, having a major part in integrating cubism into the post modern art world.

As co-founder of the NAACP in 1909, Du Bois was already a prominent leader in the African American community during The Harlem Renaissance. He also worked as editor for The Crisis for over 20 years, which was the official NAACP magazine. The Crisis was hugely important during The Harlem Renaissance as it served as a safe space for talented writers, such as Langson Hughes, to display their work to the masses. More than a founder and editor, he was also a sociologist of the time. He published arguably one of his most important works, The Souls of Black Folk in 1903 in order to personify the black race to white people, who were failing access their own humanity enough to accept the race as equal, and illuminate its genius. It introduced the concept of double consciousness (the notion of being both a person of color and an American), which became widely referenced during The Harlem Renaissance.