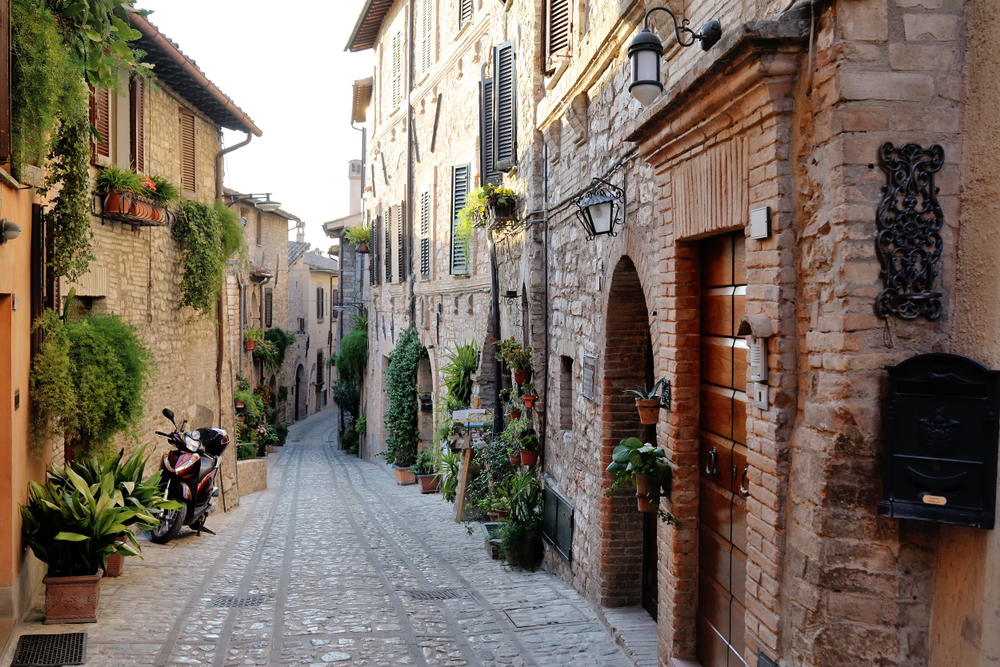 Italy will always inextricably always be linked to wine. There is no country more passionate than Italy, and no people more easily seduced by a good bottle of red. It’s what they’ve always known, as ancient Romans were able to recognize the precisely perfect conditions for wine making very early on. But less known to the world is the country’s extramarital affair with whiskey. Whiskey originated in Scotland and Ireland over 1000 years ago, and travelers from Scotland introduced the aged liquor to the Italians. It was love at first sight.

It is no secret that Italians appreciate quality, from their cars to their clothes. Their spirits are no exception. Traditionally, wine and Italy go hand in hand, with a history that dates back 4000 years. The countryside is perfect for growing grapes, and Italians are second only to France in wine production (interesting to note too that France is actually today’s number one market in Europe for American bourbon). But in the late 1800s, immigrants from Scotland introduced the Italians to whiskey. One of the first on the scene was Johnny Walker’s eventual agent, who showed them the magic of fermenting barley instead of grapes. Italians were drawn to the smooth and laid-back taste of whiskey. The interest grew through World War I. Later, the whiskey import business withered under the leadership of Mussolini, but Allied troops brought the liquor back into vogue after World War II. Judging brandy and other spirits as too harsh, whiskey soon became the Italians´ go-to after-dinner drink.

Famous whiskey importer and bottler Ernesto Mainardi advanced the whiskey business in the late 1950s and made sure it was a staple of bars throughout the country. Soon after, in the 1960s, Armondo Giovinetti was the first to expose Italians to single malt whiskey. They loved it even more than the original. The rest, as they say, is history. During the 1970s, Italians drank the most single malt scotch of anyone in the world. Many Italian bottlers jumped on the bandwagon, and the generous Scots helped them to get their businesses off the ground, offering advice and expertise. Independent bottling companies fueled the fire, and the whiskey business soared. People bought whiskey not only to drink, but to collect, as Italians are known for their collecting.

By the 1990s, the whiskey business was slowing down, but the influence of the small bottling companies lasted. Davide Terziotti said, “If you go to a whiskey bar in Japan and want to drink an old whiskey, or you look at the online whiskey auctions, 90% of the bottles come from Italy. ” Once Italians got a foot in the door and a taste for the whiskey market, they did not let go.

In the new millennium, Italians have continued to forge a bond with specialty Scottish malts and their love of luxury keeps them connected to their whiskey roots. Glen Grant is the most popular whiskey. And the parent company of Dewar´s, Bacardi, has even higher hopes for the future of whiskey in Italy, anticipating a 40% increase in sales over the next five years.

This Italian whiskey renaissance is fueled by several catalysts. First, the independent bottlers keep churning out quality products, and Italians are passionate about trying these new beverages. Secondly, young Italians feel more worldly and refined asking for a whiskey after dinner at the local pizzeria. Finally, the demand for beer by Italian connoisseurs opened the door to new pubs, and whiskey was a sensible choice to serve in tandem for the beer drinkers.

It is important to note that just as the Scots were infiltrating Italy in the 1800s with their introduction to whiskey, the Italians were immigrating to America to start a whole new way of life. Many of these immigrants landed in Italian Harlem in New York City. Many newcomers launched restaurants in their new home because Italians were desperate for the taste and aromas of home. Although used to drinking wine back home with meals, in American they developed a strong taste for the more ¨uncivilized¨ taste of whiskey. Whether on the rocks or mixed to make Manhattans or high balls, the Italian´s taste for Scotch grew.

Whether back home in the old country or in the bustling city of New York, Italians are smitten with the cultivated, seasoned taste of whiskey. And with the interest of young people in trying new whiskeys, the Italians will not be breaking off their whiskey affair anytime soon!