Speakeasies… Are They Still Relevant? 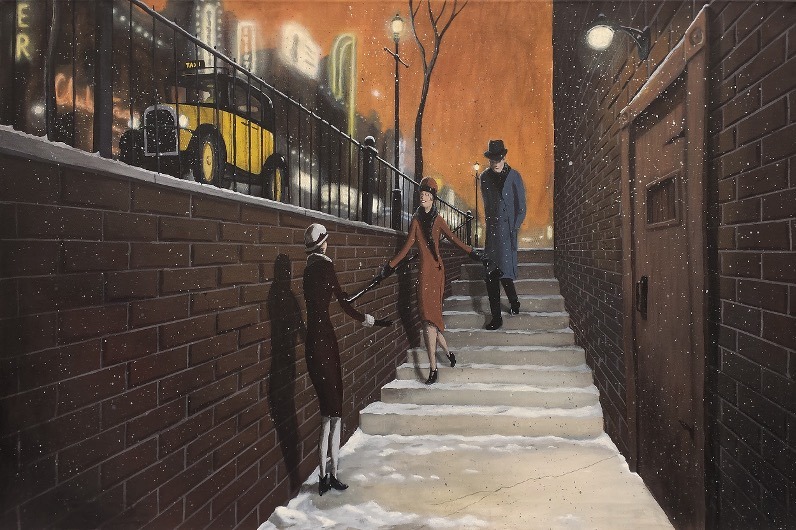 It’s late, even for New York. But you stand in The Stone Coffee Company shop, which looks more like a bodega than a coffee shop. You side-eye your date, who isn’t sure if you’re in the right place. Suddenly, a doorman appears like a rabbit out of a hat and opens a door that also came out of nowhere. He looks you up and down, glances at your date, and deems you worthy enough to enter. As you duck and walk through the secret passageway, you’re greeted by the aroma of expensive cologne in a dimly lit, very chic underworld. The cocktail list you’re handed seems extramundane, otherworldly, and expensive. It’s the Bathtub Gin experience.

New York’s speakeasy history is a story that’s pretty familiar to almost everyone. The Prohibition, and those against it, find themselves written about in elementary school history books. It coincides with The Harlem Renaissance and The Great Depression. Secret jazz clubs and party spots served subpar ‘bathtub alcohol’ to rebellious patrons who were looking to have a good time. It’s a story we know, it’s just not one we have had to experience because alcohol became legalized. There wasn’t a need for a secret place to party, especially in New York. However, they stuck around. Before the days of social media and Google searches, everyone knew that speakeasies still existed, they just didn’t know exactly where. They had heard of hidden gems within barbershops or walls that opened up behind bodega counters. But, to really know where a speakeasy was hidden, you either had to know a guy or you had to have been brought by someone who did. Due to the lingering mystery and remaining secret spaces, speakeasies were relevant even after The Prohibition.

But current New York pretty much knows where all the speakeasies are. Some even have their own Facebook pages and they’re almost all Googleable. It begs the question, are they still relevant? One thing that New York City has maintained since the emergence of such places is the idea of the doorman. In other cities, a doorman is there to make sure you are of legal age. But, in New York City, they are there to make sure that you are cool. Doormen can turn you away based on your appearance, lack of familiarity, or even your lack of social status. That type of ‘you’ve-got-to-know-a-guy’ attitude is something that speakeasies of the past and the present have in common. That, and the illegal activity that goes on behind closed doors. Only today, the illegalities have less to do with alcohol and more to do with other substances and perhaps publicly lude acts. You can get away with it in a speakeasy because nothing is really ‘public.’ Despite the fact that everyone knows where and how they operate today, there’s still privacy. No windows. It allows people to feel like they are in on a secret, that they are in-the-know, and that they’ve got their New York spots that they can brag about to their friends. The speakeasy ‘cool factor’ will always be relevant, along with the ability to have a private party place where breaking the rules is part of the game.

In fact, we’d venture to guess that speakeasies are now more relevant than ever. The world is adapting to a new sense of beloved privacy, where everything isn’t thrown out there for the world to see. Instead, their front doors are guarded by proverbial doormen. We no longer have to sign for packages, nobody who isn’t in the family is allowed inside, and even pizza boys aren’t waiting around for a cash tip.  When New York opens up again, it remains to be seen how they will handle public gatherings. But, we’d venture to guess that speakeasies will stand to become a new kind of safe haven. One that isn’t just debauchery-friendly, but safe in terms of our peace of mind. Not to mention, as New York attempts to rebuild it’s spirit, speakeasies and other relics of the past will undoubtedly have increased value in the hearts of New Yorkers.