The History of Whiskey Sour 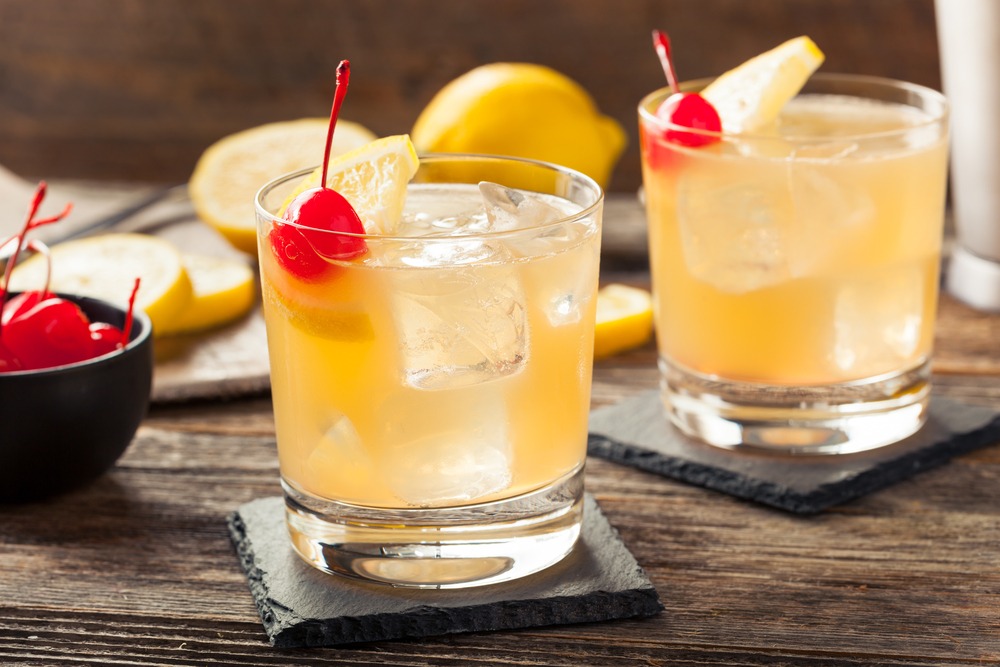 As we turn the corner and approach Spring, bartenders far and wide prepare for a shift in drink preferences. People often tend to opt for something refreshing. In the whiskey corner, the Whiskey Sour is a strong contender against your spritzers and Moscow Mules. There are some whiskey lovers who think cutting the whiskey with anything other than rocks is a crime, but we’re not here to judge. That much. And, for a time, the Whiskey Sour was considered a favorite, and healthy drink.

The first time that a Whiskey Sour was recorded in a recipe book was in Jerry Thomas’ 1862 The Bartender’s Guide. However, it was definitely consumed far before that. For centuries, travel by sea was a complicated, yet efficient way to travel. But life at sea was challenging. Especially difficult was maintaining proper health, having enough food (that wouldn’t spoil) and enjoying life. For many years before the recipe was printed in Jerry Thomas’ guide, the Whiskey Sour (or any sour drink for that matter) was beloved by sailors. And, here’s why: it contained citrus. For sailors, a huge health risk was always scurvy, a usually fatal disease caused in part by a vitamin C deficiency. For that reason, citrus (which was discovered to help prevent scurvy at the time) was an important resource to keep on board. When ships left port, they made sure to take a huge amount of lemons, limes, and oranges for sailors to eat in order to stay in good health. Also on board was alcohol; however, in terms of liquor that didn’t require to be kept at a cold temperature, whiskey was one of the only types that worked. Being resourceful, as sailors were, they would often combine the citrus with the liquor in a way to kill two birds with one stone: stay healthy and get loose!

For decades, the sour drink was enjoyed aboard the ships, until it was finally brought from the oceans to the shore. And, it was a hit! Across the world, the liquor used to mix with the citrus was not exclusive to whiskey; however, in the United States, that’s what was favored and popularized. It was enjoyed for years. True to form, New York decided to add its own twist in 1870. It topped the drink off with a dash of red wine. This drink, of course, is now known as the New York Sour.

Now that you know a bit of history on this potentially life-saving cocktail, you might be pressed to order it the next time you’re out or sitting at home with some extra lemons. The perfect balance of sweet and sour will keep you refreshed and having a great time, wherever you go. These days, some bartenders will garnish the drink with a bit of froth, which adds a delicious creamy texture to the already fantastic cocktail. However, that was not how it was classically enjoyed. In case you’re wondering what it was like to drink a Whiskey Sour in 1862, we’ve included the recipe from its very first moment in print, on page 40 of Jerry Thomas’ The Bartender’s Guide

Take 1 large tea-spoonful of powdered white sugar,
Dissolved in a little Seltzer or Apollinaris water.
The juice of half a small lemon.
1 wine-glass of Bourbon or Rye whiskey.
Fill the glass full of shaved ice, shake up and strain into a claret glass. Ornament with berries.