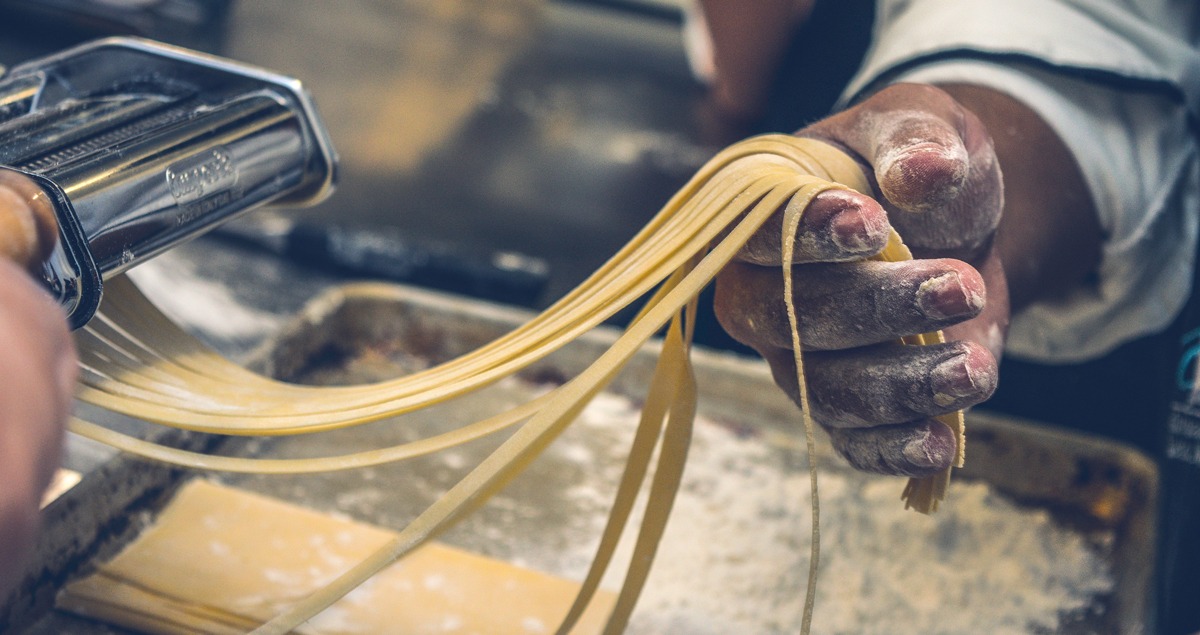 New York City is the gift that keeps on giving. Each corner dense with history, there’s never a dull moment. One of the lesser-investigated stories is the one shared between Harlem and Italians. Italians have a rich relationship with Harlem. In fact, at one point, Harlem was home to the largest number of Italians in the country, giving it a special spot in the New York Italian pulse that we know of today. ‘Little Italy’ has since moved south from Harlem, and droplets of its influence have since spread throughout the entire country. But, let’s begin at the top: Uptown.

The late 19th century was a time of migration, specifically from Italy to New York. Tropes of people came over and created communities that acted as variations from what they were familiar with, making New York City as close to home as possible. Supposedly, the streets in the USA were paved with gold, making it a magnet for Italians from the impoverished southern regions of Italy to gravitate towards the states with the hopes of creating opportunity. They squeezed and crammed themselves into tight quarters from East 96th Street to 125th. As more Italians found themselves in this neighborhood, the more the Italian culture began to spill out across the streets of Harlem. By the 20’s, 100,000 Italians were living in Harlem and taking total ownership of the space. It wasn’t long before the neighborhood was bustling with activity. Italians borrowed from their homeland when they began weaving themselves into the fabric of Harlem. Italian restaurants, salons, and social clubs began to sprout up with distinct Italian flair. Everything from way-of-life to architecture was touched and crafted, blending seamlessly into the streets of New York. And, while The Great Depression devastated the area, the integral emphasis on family helped keep the Italian neighborhood afloat.

In 1933, Patsy Lanciere opened Patsy’s Pizzeria, and evidently invented selling pizza by the slice. It was one of New York’s earliest pizzerias, giving birth to New York’s famous association to delicious thin crust pizza. And, while Patsy wanted to have no ties whatsoever with the Italian Mafia, Francis Ford Coppola brought the cast of The Godfather (a cornerstone in American pop culture) to the pizzeria for an authentic taste of Italian Harlem. Patsy may have wanted to steer clear of the mafia, but it wasn’t easy. It’s no secret that the Italian-American mafia dominated Italian Harlem and gave birth to the infamous Genovese crime family (one of the Five Families which controlled organized crime in New York City). Standing in moral opposition of Patsy’s is Italian Harlem’s awe-inspiring and legendary Rao’s, which has been referred to as a mafia social club due to the colorful characters that have broken bread at Raos. Beyond the history, people adore Rao’s for the unbelievable food and damning exclusivity. Seats at Rao’s are coveted, valuable, and a place where commoners can’t book tables. It’s reserved for regulars, in the deepest sense (as in families which have dined at Rao’s for generations). The best way to get a table at Rao’s is to be associated with one of the families who have tables at the iconic restaurant.

Italian Harlem hit its peak in the 1930s and remained a powerful force for several decades. Much has changed as generations have since moved, spread out, or shifted from their roots. However, a taste of Italy still remains in those blocks of East Harlem in the few remaining restaurants and shops which occupy what is now primarily known as Spanish Harlem.